Bedsharing and breastfeeding in the media - an analysis

This morning on Facebook the first thing I read was on one of the breastfeeding support pages I contribute to, from a mum who'd heard reports of the latest bedsharing research, published in the BMJ Open online, on the radio, worried about what she'd heard. I read the paper itself and the various articles about it, as well as a host of responses to it. A thread about the research on Mumsnet had over 300 posts last time I looked, and many of the articles have attracted numerous comments. 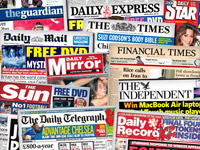 There's no question that reports of research in the mainstream media can have a massive impact on audiences. How could they not, with headlines and subheads like these: 'Bed-sharing newborns five times more likely to die suddenly than those who sleep in a cot, study shows' (Guardian), "Sudden infant death risk 'is five times higher if the baby sleeps in its parents' bed'" (Daily Mail), 'Parents should never allow babies to sleep in bed alongside them due to the risk of cot death, according to research which has prompted the Government to order an “urgent” review into official guidance.' (Telegraph), 'Bed-sharing "raises cot death risk fivefold" (BBC). The Mumsnet thread is full of people questioning their own behaviour in the light of the new research. The Facebook mum is not alone; all over the web there have been concerned parents, who've heard snippets on the radio or seen TV news items, wondering whether this new research can be believed.

There's a marked tendency in us to feel as though any 'new' report somehow trumps any previous research and this is certainly apparent in many of the comments on media reports - people believe that scientific research is a progression, and that each new finding is more reliable than the last, because it must build on what has gone before. That couldn't be further from the truth. The reality of scientific research is that it is much more complex a web than we might think. The research that is done depends on the interests of researchers, the availability of research funding grants, the whims of senior academics with preferred pet topics, the commercial aspirations of companies with cash, the declared aims of charitable organisations and many more variables. There are endless dead-ends, blind alleys and studies that contradict one another. And once the research is done there's the issue of making something of it, getting it noticed. Academic careers, the standing of institutions and future funding applications depend upon research reputations. Even when, as in this case, there is no suggestion of a conflict of interest among the authors, or of the funding for the study having come from a commercial interested party, there is still a need to publicise research, which is why editors and interested parties got a press release about this paper, which highlighted the most striking aspects of the research (as identified by the authors, or the press office?).

Another important point to make is that whatever the scientific ins and outs of the data presented in the paper, of which more below, researchers and academics are nonetheless able to draw their own subjective conclusions and have their own opinions about their research, based on their own experiences, culture and background, and this comes across strongly in the discussion/conclusions in the full paper. My feeling is that the paper's authors, while they may not have set out to provoke a media storm, nonetheless wanted to make a 'statement', and a recommendation that we reconsider the current UK guidelines is certainly that. (Several people I've talked to or seen comments from have thought, based on the reporting, that the guidelines are being or have already been changed to reflect this research - this is not true, although the BBC reports that the government have asked NICE to review their guidance in light of the findings.) I don't think the paper's authors have considered how their findings will be viewed by parents, or that they have much understanding or experience of our culture of parenting and infant feeding in the UK, although they do make some efforts to link their research to the UNICEF report on the cost savings associated with breastfeeding that I blogged about here.

Matters don't improve when the research is published. In the translation from the press release to finished articles, TV snippets, reports and local radio phone-ins much that is important is lost, and the discussions become less about what the research really shows, and more about the broad brushstrokes of an uninformed debate (much like the breastfeeding/bottle-feeding articles I regularly comment on).

Making sense of the crowded landscape of information requires time, an in-depth understanding of the subject in question and critical thinking, and the reality is that many of us rely on others to do this for us. (I am a non-fiction editor well used to reading and sifting large amounts of information, with a specialist interest in parenting and breastfeeding, and I still struggle at times to get to the heart of the matter.) Which is why I was delighted, having read the paper and some of the articles in the press, to find that UNICEF, Professor Helen Ball of ISIS online, and The Praeclarus Press, among others, had issued detailed statements that dig deeper into the research and expose some of its limitations. Professor Helen Ball also contributed to Radio 4s PM programme, where she discussed the findings with one of the paper's authors, Professor Bob Carpenter.

I've been interested in the whole media maelstrom from a breastfeeding perspective, because in peer support I'm often asked about sleep in the context of breastfeeding. Since studies suggest that co-sleeping and breastfeeding have an interdependent relationship, and we know that night feeds are important for maintaining mums' supply and on Radio 4 Professor Ball cited her own research that showed breastfeeding rates were twice as high among mothers who bedshared with their infants younger than three months, coupled with the fact that not breastfeeding increases the risk of SIDS, I've always believed, along with many others who work to support families, that black and white advice about bedsharing, as advocated by the authors of the paper, is inappropriate for breastfeeding mothers. I direct parents to UNICEFs leaflet Caring for Your Baby at Night and to Isis online for more information to help them make informed decisions. The NCT's page about bedsharing (cited by the authors of the BMJ study as evidence of 'a pro-bedsharing lobby', which I thought might be a clue as to their personal hang-ups on the subject) says that up to 50 per cent of parents admit to bedsharing on occasion. On the Mumsnet thread I mentioned above there were many contributions from mothers of infants who resorted to bedsharing as a practical solution to meet the needs of the whole family, and as the mother of three babies who breastfed frequently at night for many months I have been there myself.

So what of the relative risks for breastfeeding mothers who choose to co-sleep? Some interesting numbers can be extracted from the full paper. In the study, of 1,444 babies who died, 540 were breastfed (any breastfeeding - in this study even babies fed artificial milk at night in an attempt to get them to sleep longer would be in this group) and 940 were bottlefed. Of 1,405 babies who died (the exact numbers change slightly because of missing data), 1,091 had one or two parents that smoked. Of 1,422 babies who died, 607 had been put to sleep on their front (another criticism of the study is that it uses old data, including many babies who slept on their front). Overall, the rate of SIDS in the UK is approximately 3 in 10,000. Among breastfed babies, of parents who don't smoke and whose mothers have not had alcohol or illegal drugs, that is reduced to 1 in 10,000 for crib sleepers in parents' room and is 2 in 10,000 for co-sleepers. Breastfed babies thus have a lower than average risk of SIDS. In 2010 there were 254 unexplained deaths in England and Wales and 723,165 live births. (ONS). Given the above, it is easy to see why Professor Ball commented: '...both sleep locations for breastfed infants of non-smoking parents in the absence of alcohol experience very few SIDS deaths. It is curious, therefore, that the authors issued a press release to call attention only to this small difference in predicted SIDS rates for breastfed babies of non-smoking parents who bed-share compared to room-sharing – while ignoring the hugely inﬂated risks associated with hazardous bed-sharing environments. It appears as though the authors choose to target breastfeeding mothers in this way as they are a sub-group with strong opinions about the beneﬁts of bed-sharing, even though the infants of these mothers contribute negligibly to UK SIDS rates.' Without wanting to overstate the case it seems that even in the conclusions of research papers there is an undercurrent that undermines breastfeeding and parenting behaviour that promotes it. Fascinatingly this chimes with something else I read today, the Alpha Parent's look at how societies can be 'gendered' - some of our problems with this research and the reporting of it may be able to be explained by 'masculine' traits in our culture.